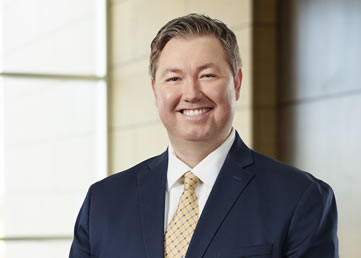 Matthew grew up in Minnetonka, Minnesota. After earning a bachelor’s degree in Economics from the University of Minnesota, he worked in various customer service, analyst, and managerial roles. He later earned a Juris Doctor from St. Mary’s School of Law in San Antonio, Texas. While in law school, Matthew served as a research assistant, clerked at the office of a renowned attorney and mediator, and excelled in the areas of mediation and negotiation.

Matthew practiced insurance law in Texas where he gained experience representing homeowners who suffered property damage. He took on the large insurance companies and is proud of his work helping homeowners get the money they deserved to repair their homes.

Matthew believes that as an attorney he has the good fortune to serve others in their time of need. He became an attorney to help people retain dignity and get back to their day to day life. Matthew is friendly, approachable, and a great communicator. He works hard to make the legal experience a positive one for his clients. He focuses his legal practice primarily on consumer, insurance, and disability cases.

Outside of the office, Matthew loves spending time with his wife and two young children. He also enjoys baseball, talking movies, writing, and playing golf.