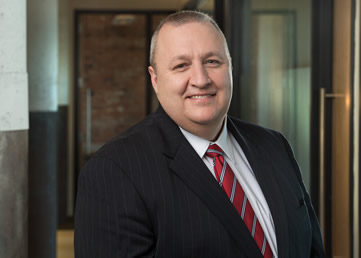 Merrick started his career as a lawyer working for one of Minnesota’s top injury attorneys. He learned that through dedication and hard work, momentous results can be achieved for his clients. He enjoys the court room and has litigated numerous cases in Minnesota.

Caring and aggressive are hallmarks of his practice. He understands the fear and anxiety every day, ordinary, people feel when forced to face the intimidation and immense resources of a giant insurance company. He’ll carefully explain and simplify complex legal issues so you can make the most informed decision about your claims. At the same, time he’ll take an aggressive approach to dealing with the insurance company to ensure the maximum result and recovery for you.

Merrick was raised out west but came to Minnesota in the mid-90s to attend law school at William Mitchell College of Law. Since his arrival, he has grown to love the beauty of Minnesota and its culture, and now, proudly, considers himself a Minnesotan.

Unique to his life experiences, Merrick lived in Taiwan for two years and learned to read, write and speak Mandarin Chinese. Most significantly, he spent months living in small villages where agriculture was the sole means of sustenance and people struggled to survive. He witnessed, first-hand, the true meaning and value of hard work, and what it takes to survive in the face of a bad crop or a natural disaster. This experience deepened his appreciation for the difficulties good people experience despite efforts to improve their lives.

When not working, Merrick enjoys hanging out with his kids. He loves the Gophers, Vikings, Twins and yearns for the day when the T-Wolves bring home an NBA title.