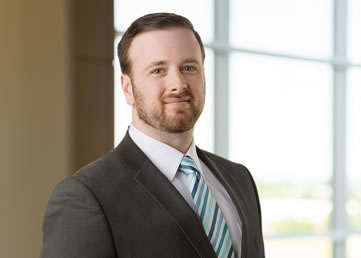 Patrick Kramer has always been one to root for the underdog. He brings that passion to work every day to fight for his clients in disability, workman’s comp, and personal injury cases against the big insurance companies.

Pat attended the University of Minnesota Duluth where he studied Political Science and Economics then moved on to William Mitchell College of Law where he received his Juris Doctor. During law school, Pat clerked for a medical malpractice firm and a personal injury firm where he worked closely with experienced attorney’s fighting for those who had been wronged by the negligence of others.

When he isn’t working, Pat enjoys spending time with his family, following his favorite teams, desperately trying to improve his golf game and occasionally arguing with his friends over any sports topic.