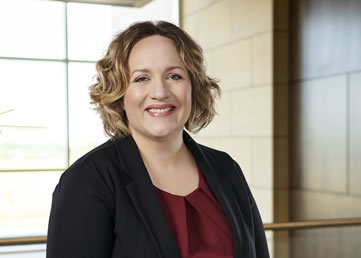 Tiffany Phillips grew up on a cattle ranch near Pequot Lakes, Minnesota. Tiffany is a decorated military veteran. She served in the United States Navy for twelve years as a Naval Special Warfare Communicator, where she made multiple combat deployments in support of special forces units. She also wrote curriculum for and taught an advanced computer networking course to Navy Sailors as a Navy Master Training Specialist.

In law school, she student-taught a course on legal briefing and analysis to underclassmen. Tiffany received the Burton Award for Excellence in Legal Writing in law school and the Student Award of Merit upon graduation. She clerked under the general counsel of a private investment firm and at a consumer bankruptcy firm, where she gained an appreciation and passion for helping individuals transition through difficult life events.

Tiffany is honored to have the ability to continue to serve others as an attorney. She is a diligent and compassionate voice for her clients and believes that good communication is one of the most important pieces of her work.

Tiffany is admitted to practice in Minnesota State Courts and The United States District Court for the District of Minnesota.