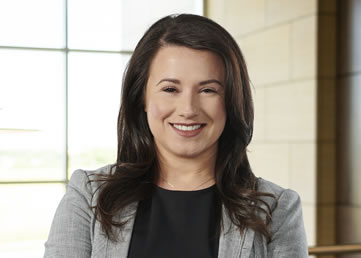 Prior to law school, Nicole began clerking as a Judicial Clerk in Hennepin County for Judge Joseph Klein and then Judge Lois Conroy in Child Protection and Juvenile Delinquency. As a first-year law student, she was hired as the Floating Law Clerk for Ramsey County where she covered for law clerks out on leave on every case type Ramsey County hears. Those included criminal, civil, the only asbestos calendar in the state with the chief judge, mental health court, and treatment courts.

Nicole then clerked with Judge Timothy Mulrooney in Ramsey County on a criminal rotation as a second-year law student for two years, for Judge Sarah West in Hennepin County in her last year of law school for one year on a Property and Drug Felony Team and finally with Judge Jay Quam of Hennepin County on a Person Felony Team before joining Fields Law. With over eight years of clerkships, Nicole has spent countless hours in the courtroom and writing judicial orders as well as participated in over 89 jury and court trials.

Nicole is proficient in working with clients while they are in crisis, assisting them through the legal process by boiling down complex court proceedings, and coming to a successful resolution.

When not working, Nicole enjoys competitive equestrian training with her horse, Mandy, as well as going to the gym, traveling, hiking, and spending time with her son.